Ancient civilizations left behind astonishing ruins that have captivated the human imagination for millenniums. The galleries below contain rare historical images from the Library of Congress that show these amazing sites as they looked when modern excavations were just beginning--before modern archaeology and before modern restorations. Click the links to view each slideshow. 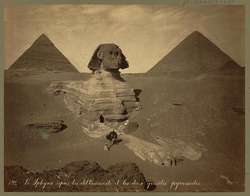 The monuments of the pharaohs may seem permanent and unchanging, but each generation of archaeologists, visitors, and mystics recreates a new life for temples, statues, and pyramids. In these rare photographs from the Library of Congress, the many wonders of Egypt can be seen as they were encountered in the nineteenth and early twentieth centuries. 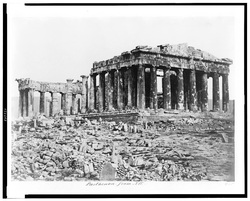 Ancient Greece was the birthplace of democracy, the fountainhead of philosophy, and the home of a beloved mythology of gods and heroes. From its origins in the Bronze Age civilization of Mycenaean Greece down to the Roman conquest, ancient Greece tantalizes us with its architecture, its myths, and its accomplishments. In these rare photographs from the Library of Congress, we see the ruins of ancient Greece as they were first uncovered by archaeologists in the nineteenth and early twentieth centuries, a place where myth and history meet.

Historic Images of the Ancient Near East 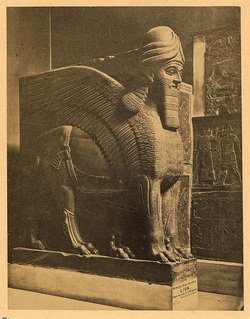 The Near East has long been a source of fascination because of its ancient cultures and its connection to the foundations of Western civilization, from the origins of civilization at Sumer to its influence on the development of the Jewish and Christian faiths and on ancient Greece and Rome. When archaeologists began exploring the ruins of the Near East in the nineteenth and early twentieth centuries, they often came with the intent of proving the Bible's historical accuracy. These rare photos from the Library of Congress show the Near East's archaeological sites as they were when first uncovered, before modern excavation and restoration efforts.

Historic Images of the Ancient Americas 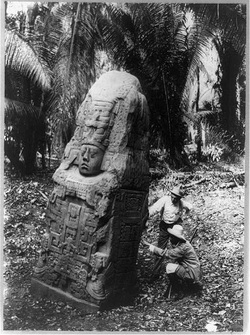 A vast number of ancient cultures inhabited North and South America between the end of the last ice age and the coming of the Europeans. For centuries, European and American scholars tried to discredit Native accomplishments by assigning their monuments, myths, and art to peoples ranging from the Phoenicians to the Israelites to the Vikings, or even to the devil. In these rare photos from the Library of Congress (except where otherwise credited), we see images of the many cultures of ancient America, and some of the hoaxes that tried to usurp America's archaeological past.