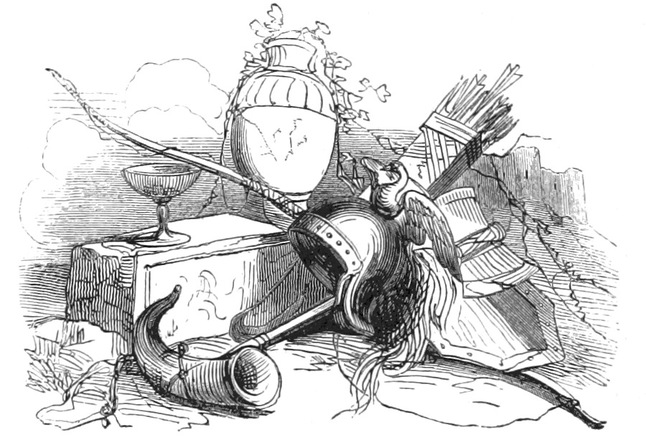 ​In this Atlantis, there were kings whose power was formidable; it stretched across this island, as well as the adjacent islands, and on part of the continent: they ruled, besides this, one coast of all the neighboring countries from Libya to Egypt, and the coast of Europe, until Tyrrhenia.

If one should hope to find Atlantis, lost for centuries, this text should clearly name the sea where Plato places it, and the circumstances of the vague reference to the Pillars of Hercules. First, observe how easy it was for the Sovereigns of Atlantis, with a bit of strength and a lot of audacity, to make themselves masters of all the small, isolated states of the Archipelago, separating them from the Continent, and how easily then, arrogant in their expansion, they were able to make the subject peoples serve them and submit to the Metropolis. Consider here the effects of such revolutions, not their causes. I am thinking, for example, of Britain populating parts of the Caribbean, and then spreading to the New World; Englishmen were transplanted, thriving in the great Isle where they were relegated; soon the jealous Metropolis extends from one hemisphere to the other, and its destructive arms strangle the colony. Then the cry of liberty, that despotism never stifled for a moment the heart of the man who dares to die for liberty, is heard in the New World. He shakes his chains, is preparing to ravish the Antilles, his oppressors; and perhaps soon, if he triumphs in the most just of causes, he will be seen driving his victorious fleets to England, and forcing, with weapons in hand, his former master to share his happiness and independence.

Plato’s words, which designate that the Atlantean empire stretched along one coast from Libya to Egypt, and along the coast of Europe until Tyrrhenia, these words, I say, can lead directly to a solution to the problem of Atlantis.

Assuming, for example, that the Isle of Plato was in the middle of the Mediterranean, to the twenty-ninth degree of longitude and the forty-first of latitude, in nearly in the position of our Sardinia, which did not exist, or rather is the remains of Atlantis, one will have fulfilled nearly all conditions of the problem. First, we know that he called “Atlantic” the seas that washed the Second Empire of Atlantis: and we find between this part of the Mediterranean and Africa, small islands, such as those of Galita and Chirbi, which could facilitate passage to the mainland, and there were probably a greater number in earlier times, when the end of the continent was still partly under water.

Atlantis, in this case, being placed facing the ancient Carthage, could be found in the Gulf of Tunis, at the mouth of the Pillars of Hercules, mentioned by the disciple of Socrates.

For the Pillars of Hercules, analogy and history leads us to place them in a temple in Carthage.

We spoke earlier about the famous columns of the temple of Tyre, which served the scholar Baër to make Jerusalem the metropolis of Atlantis: Carthage was, as we know, a colony of Tyre; Hercules watched over it as the tutelary god of the nation; he was invoked to guarantee treaties. Hannibal went purposely to Cadiz, to thank him for helping him to humble the pride of the Roman name. Aristotle speaks of a Road of Hercules which extends from Italy to the Celtic lands; this path must have contained a large number of columns and monuments to the travels of this hero; and if by chance the Celtic lands embraced Europe, Asia and parts of Africa, as claimed by the learned Pelloutier in his book so admired and so little read, we will find more Pillars of Hercules, which will allow us to make a resolution to the problem of Atlantis.

Besides the Greek Hercules, there was a crowd of heroes of the same name, which surprises the ignorant and credulous man, and who were so named for the prestige of their works: The most famous of these is the Phoenician Hercules, whose worship was brought from Tyre to Cadiz: Carthage is located on this road, and the colony must have received from the Metropolis its cult and Columns. Based on this happy thought, we will not be stopped by any difficulty when we read the dialogue of the Timaeus; and Plato’s text is explained by the same.

These neighboring countries of Libya, and those that extend to Egypt, where reigned the Atlanteans kings are in the east of Carthage. Libya has long been subject to Egypt; and it is a point of no consequence to observe here that this is where is found the city of Berenice, so famous in Antiquity for its Garden of the Hesperides.

The Empire of Atlantis, which extended from the coast of Europe to Tyrrhenia, is inexplicable in the books of Rudbeck, of Baër, and of Bailly; it is even one of the touchstones that demonstrates the nonsensicalness of their systems. In my case, everything works out effortlessly, like the stones of Thebes to the sound of the lyre of Amphion; the Tyrrhenia of Plato is no longer an imaginary Tyrrhenia, but is the Etruria of old, or our Tuscany. My Atlantis is located just before the part of Italy that bears its name. To make more striking the correspondence of my ideas with those of Plato, the Tyrrhenians were, if not an aboriginal people, at least one of the oldest civilized societies of Europe.

Once we admit that Atlantis could be close to Sardinia, we are no longer embarrassed to have its sailors trade with Egypt, or its warriors fight with the Athenians and Greeks of the Archipelago.

I was imperceptibly led by the chain of my ideas to this conclusion, and when rereading Diodorus I encountered in his history a striking text, which raised my opinion to the order of conjecture. This writer says in so many words, that Saturn, one of the heroes of Atlantis, was King of Sicily, Italy and Africa; thus, placing Atlantis near to Sardinia, Saturn is in the center of his empire, and I reconcile Plato with Diodorus, without altering the geography, and without hurting reason.

This is the most probable opinion that we can embrace on Atlantis: The field is no longer open to the scholarly dreams of etymologists and the supporters of allegory; all the details are locked down in the most natural way: the likelihood takes on so much of the color of truth that it takes great philosophical prejudices not to accept this hypothesis.