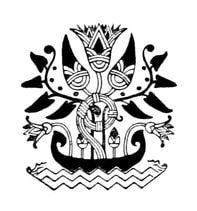 Finally, to complete the dozen, in this twelfth chapter I will assemble a few literary-historical details about Plato’s life and writings.

The Critias as a historical novel. As for the source of the narrative of the Critias, besides the author’s own testimony, there is a curious note that comes to us from the Platonist Crantor in the commentary of Proclus on the Timaeus p. 24: “With respect to the whole of this narration about the Atlanteans, some say that it is a mere history, which was the opinion of Crantor, the first interpreter of Plato, who says that Plato was derided by those of his time as not being the inventor of the Republic, but transcribing what the Egyptians had written on this subject; and that he so far regards what is said by these deriders as to refer to the Egyptians this history about the Athenians and Atlanteans, and to believe that the Athenians once lived conformably to this polity. Crantor adds that this is testified by the priests of the Egyptians, who assert that these particulars are written on pillars (stelae) which are still preserved.” Plato’s successors in the Academy took at face value Plato’s assertion that his ancestor Solon had heard the myth of Atlantis from the mouths of Egyptian priests at Sais, and in doing so relied on the testimony of those Egyptian priests that they were telling the truth that documents proving their tale still existed. Our skeptical time has crumbled one stone after another from that tradition, most recently Susemihil, Gen. Entw. II 473 f. and Rohde, Der griech. Roman S., p. 199 want us to recognize in the story of Atlantis only pure fiction and the freest poetry. This is cheap wisdom. If the skeptics had followed the reports of what has been found in the Egyptian papyri, they would have offered their readers more than a hard stone.  Yes, the prose-written epic of the invasion of Attica and the interior lands of the Mediterranean by a powerful people who had their headquarters far to the west on an island in the Atlantic Ocean is, like every epic, an embellishment of the storyteller and thus a product of the poetic imagination. But like any true folk epic, it has a historical background. We have become acquainted with this background only through the hieroglyphic texts of the monument of Karnak, published by Dümichen, Hist. Inschr. I 1—5, which de Rougé in the Revue archeologique 1867 and then Chabas in the Études sur l'antiquité historique p.191ff. have translated and which I first learned about via a lecture by Professor Lauth. But none of these scholars related these to Atlantis in the Critias of Plato and the Egyptian stelae of Crantor, apparently because they were not at the time at the forefront of their thoughts; but those reports of a great confederation of the peoples of western Libya (Lebus) and the islands of the western Mediterranean (Shekulsha = Sicily and Shardana = Sardinia), which invaded Egypt, but which were completely defeated and destroyed after fierce fighting, were certainly still known to the priests of Egypt 1,000 years later, and these priests could have told of them to Solon or Plato, and thus they might well form the background atop which the poet-philosopher painted his poetic picture.