trans. in the Popular Biblical Educator
1855 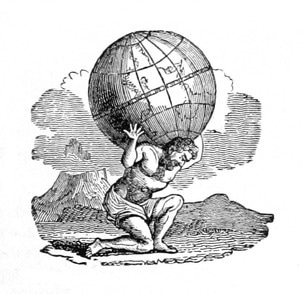 After speaking of the mode of interpreting the books of Hermes, Manetho proceeds to give an account of the five Egyptian races which reigned in thirty dynasties, viz. those styled by them Gods and Demigods, and the Manes and the Mortals. Of these Eusebius Pamphilus also makes mention in his chronicle, where he speaks thus: ‘The Egyptians spin a long and foolish mythological story concerning their Gods and Demigods, and besides these, the Manes and other Mortal kings. For the most ancient of these kings used to call mouths consisting of thirty days, years; and the demigods after these used to style seasons of three months, years.’ This is what Eusebius has very properly written in censure of the vain tales of the Egyptians, and Panodorus had no right, as I think, to take him to task for being at a loss how to elucidate the sense of their historians, which he flatters himself he is able to explain thus: ‘From the creation of Adam,’ he says, ‘to Enoch,’ which, as we say, was the common year of the world, 1286, ‘men knew not the number of the days of either the mouth or the year. But the Egregori,’ who, as we affirm, descended upon earth and began to converse with men in the common year of the world, 1000, ‘taught them concerning the orbits of the two luminaries, and their division into the twelve signs of the zodiac and into three hundred and sixty degrees. But men fixing their attention upon the lunar orbit of about thirty days, as being the lesser and the nearer to the earth of the two, as well as the more obvious one, determined to make this the measure of their year, pitching upon this instead of the solar orbit, which is also completed in twelve signs and three hundred and sixty equal degrees. Whence it came to pass that the reigns of the gods who reigned amongst them through six races and as many dynasties, are numbered in years consisting of lunar revolutions of about thirty days. The sum of these month-years which they make is 11,985, which come to 969 solar years. When you have added these to the 1,058 years which elapsed before the beginning of the kingdom of which the Egyptians speak, you obtain the sum of 2,027 years.’

In like manner, Panodorus is at the pains to extract 214½ years out of the 858 three-monthly seasons of the nine demigods arranged in two dynasties; I mean those imaginary demigods; as though, forsooth, they were not imaginary. Accordingly, with the 969 years, the sum of 1,183½ years is made up, which, being themselves added to the 1,058 years interposed between Adam and the reign of the gods, fill up the space of 2,242 years to the Deluge.

In this way, then, Panodorus endeavours to demonstrate that the Egyptian books, which are quite at issue with our inspired and sacred books, may be reconciled with them, passing censure upon Eusebius. But he has overlooked the fact that he himself has attempted to establish against himself and against the truth these accounts, which cannot be clearly demonstrated by any process of reasoning. For neither had Babylon and Chaldea any kings before the Deluge, nor Egypt before Mizraim, nor, as I think, was it inhabited at all before that time.

Excerpt 2
Syncellus, Chronicle 18
​
Manetho, the Sebennyte priest of the polluted rites of Egypt, who lived after Berosus under Ptolemy Philadelphia, weaving together lies, like Berosus, writes to this Ptolemy concerning six dynasties, or concerning seven (six) gods who never existed, who, he says, reigned 11,985 years. The first of them, the god Hephaestus, reigned 9,000 years. But these 9,000 years some of our historians (i. e. Panodorus and his emulators), reckoning as so many lunar months, and dividing the number of days which are contained in these 9,000 months by 365, the number of days in a solar year, obtain thus 727¾ years, and in this way they flatter themselves that they have made a grand discovery, whereas they have only attempted to blend with the truth a lie which deserves to be received with nothing better than laughter.