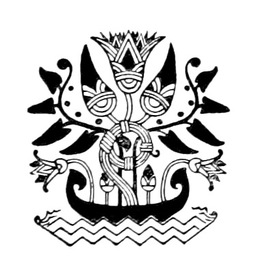 There is an old Chronicle current among the Egyptians, which I think misled Manetho, containing 30 dynasties, during 113 generations, for the immense number of 36,525 years. These dynasties consisted of three classes; the first Aurites, the second Mesraites, and the third Egyptians.

The time of Hephaestus [first of the Aurites] is not stated, because he shines night and day. Helios [the sun], the son of Hephaestus, reigned 30,000 years. Then Kronos, and the rest of the twelve gods, reigned 3984 years. Then the demi-gods, who were eight, 217 years.

After them, fifteen generations of the Cynic Cycle [or Mesraites] are said to have reigned 443 years.

The sum of these thirty dynasties is 36,525 years, indicating the celebrated period of the revolution of the Zodiac, among the Egyptians and Greeks; (or the time of the return of the vernal equinoctial point, from the first degree of the sign Aries, to the same place again,) as set forth in the Genesis of Hermes, and in the Cyrannic books.